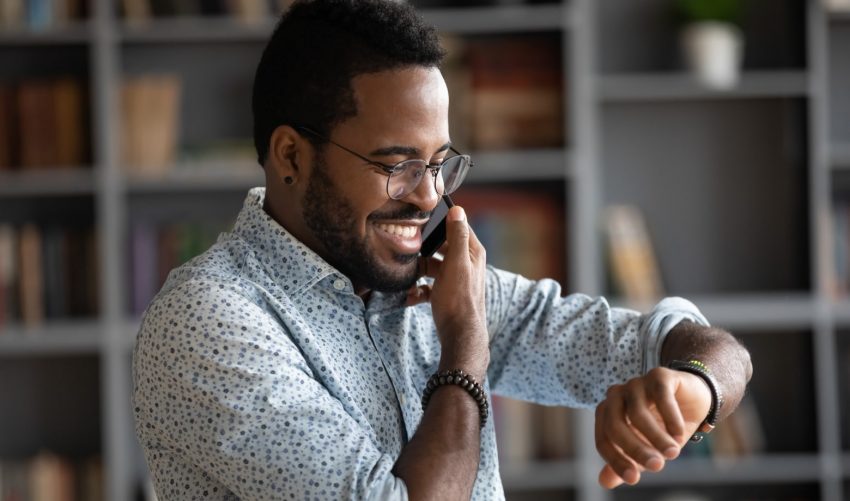 What makes a great salesperson? Natural talent and hard work are qualities that come to mind. Thinking like a scientist might be farther down the list in most people’s estimation, but experts like New York Times bestselling author Daniel H. Pink disagree. “One of the best predictors of ultimate success,” says Pink, “isn’t natural talent or even industry expertise, but how you explain your failures and rejections.”

It is precisely this ability to explain results that was the focus of a widely cited marketing research project called the Lead Response Management Study. The results of this research are frequently cited as guidelines for when to call potential clients after they submit online forms.

The Question of When To Call

Many companies use web-based enquiry forms for interested clients. However, few businesses seem to know the best way to act on the information provided. In 2007, Dr. James Oldroyd of M.I.T. conducted a survey of North American companies across more than 40 industries. He asked the companies 22 questions pertaining to techniques they used to follow up on internet leads. He received 495 responses and summarized his findings into a report.

While the results of the survey did shine a light on practices being used, they offered little in the way of hard data or sound advice about what worked. All valid scientific research must start with a testable question, so Dr. Oldroyd came up with a good one: When exactly is the best time to call leads? This question sparked a collaboration with a research group on what is now known as the Lead Response Management Study. This time the study was designed not just to take a snapshot of industry practices, but rather to determine the best day of the week, time of day, and length of time to wait to call potential customers who submitted online forms.

The researchers compiled three years’ worth of data sourced from six companies. Over 100,000 call attempts in response to over 15,000 web-based form submissions were analyzed. Researchers looked for correlations among the following variables:

The most significant correlation the researchers discovered pertained to how long a sales representative waited to call a potential client after he or she filled out an online form. Leads contacted within the first five minutes of submitting the forms were four times more likely to become qualified (begin the process of making a purchase) than those contacted after 10 minutes, and 21 times more likely than those contacted after 30 minutes. After one hour, the likelihood of a lead making a purchase dropped to almost zero.

Another surprising result was that after 20 hours, leads were virtually impossible to contact by phone. Furthermore, calls made after 20 hours were not only useless but may even have hurt the chances of future sales. Because potential clients actively avoided answering the phone, Oldroyd concluded they had developed an aversion to the product or company. The results of calls made after 20 hours can thus be summarized by the adage “too little too late” rather than “better late than never.”

Day of the Week

Thursday was the best day for calls overall. Leads were more likely to answer the telephone and have conversations on Wednesdays and Thursdays. Of initial calls, clients contacted on Thursdays were most likely to later become qualified. The next best days to make contact were Fridays, Mondays, and Tuesdays, in order of decreasing effectiveness, but Friday was the worst day for qualifying contacts. Some professionals have offered the interpretation that although customers were willing to have phone discussions on Fridays, they were reluctant to make actual purchasing decisions before the weekend.

Data is a powerful tool, but it cannot offer universal truth. Some limitations of this study include the following caveats:

What is the take-home message of this scientific undertaking? Call immediately.

If you have to wait, call on a Thursday evening before dinner.

Could this advice have been given without scientific data to back it up? Probably, but it is reassuring to know that your sales intuition is backed up by scientific evidence.

Call HelloSells at 800.550.4955 to learn how we can put evidence-based best practices like these to use for your business.